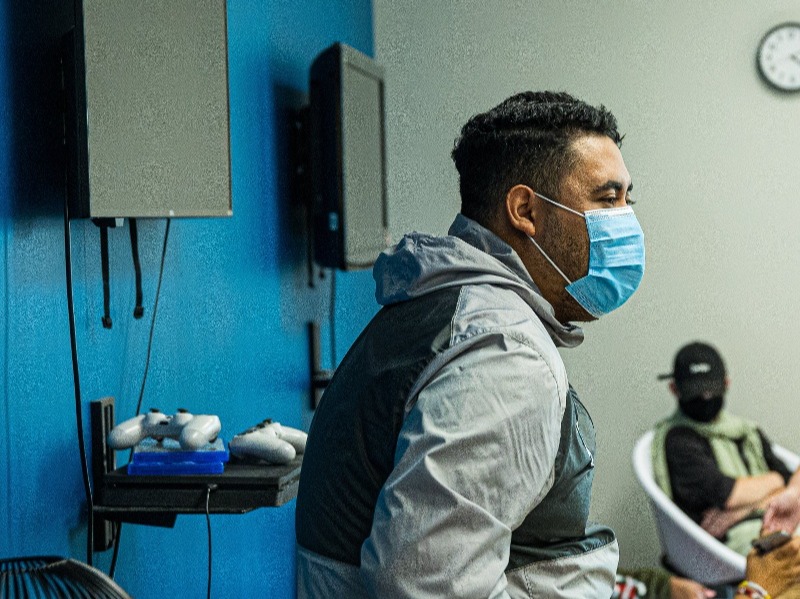 Quincy House was created as a shared vision between lifelong friends, Tami Moberg and Wayne Andersen, and their families.

Tami Moberg has been part of the Mounds View community for over 30 years. Tami graduated from Bethel University with a degree in Social Work in 1985. She met her husband David at Bethel. They have raised their family in Arden Hills and have loved being active supporters in the community. Tami has volunteered and served in a variety of ways within the community. Serving on the Young Life Committee for 15 years, sitting on the Bethel Alumni Board, and leading programs for youth at Calvary Church in Roseville and volunteering in the schools.  Tami and her husband David have been foster parents for many children through the years through Ramsey County Crisis Nursery. They both believe in serving others who are in the margins and reaching out to the hurting. Their home has been a place of refuge for many to land who need a place to stay.

Over the past five years Tami has worked at Irondale High School. One of her roles was to be a support to the STRIPES program. STRIPES (Students Together Respecting the Importance and purpose of Education in Schools) surrounds students with a “safety net” that meets their needs by partnering with various community businesses, parents and universities. STRIPES teaches young men to be resilient, persistent and focused on education.

During the time Tami was working with these young men she saw a need for a place for these students to meet after school hours. Her dream was to find a home that could be open for students to receive support from caring adults. This was the beginning of Quincy House. She and Wayne both shared the same dream and worked together to bring this to a reality. In March 2015 they founded Quincy House!

Tami and her husband David have six children who are all grown and love being grandparents to Wyatt and Sawyer.

Wayne grew up in Wisconsin, graduating in 1970 from Unity High school in Milltown. He went to college at Stout State University, in Menomonie, Wisconsin.

During Wayne's college years he started experimenting with drugs and alcohol. He dropped out of school mid way through his sophomore year and joined the military.  After his years in the military he moved to Oklahoma City, Oklahoma in 1980. It was here that he met Jesus Christ and his life was transformed. He started attending a local church, and God started creating in him a heart for the poor and marginal. While in Oklahoma he was a Bible study leader for the youth group and had a ministry role with the local inner city rescue mission. In 1984 Wayne moved to the Twin Cites.

For the past thirty years, Wayne has been involved in various inner city ministries serving both youth and adults through out the city. From 2003 to 2006 he was on staff at North Heights Lutheran church as the Outreach pastor. During his time at North Heights Wayne started C.U.R.E. (Christian Urban Resource and Evangelism). This organization served the population on the east side of St. Paul, providing meals, food shelve and life skill training. Part of the mission of C.U.R.E. was to connect the suburban and urban churches.

In 2010 Wayne took a position at Highview Middle School as the disciplinary para professional.  The more he worked with the students who were spending time in his office the more he realized their deep need to be loved and cared for by an adult. Relationships developed and "Real Men" was birthed.  This was a group for middle school boys to focus on developing character, life skills and giving them renewed hope. After leaving Highview in 2013, Wayne has continued to lead Real Men. This group has become one of the foundations of Quincy House.

Wayne's passion for students continues to grow and is excited to join forces with Tami and her passions to form Quincy House.

Wayne resides in Shoreview with his wife, Sharon and has two grown daughters, Kelly and Abby.